Build a Vue app with Firebase and Cloud Run 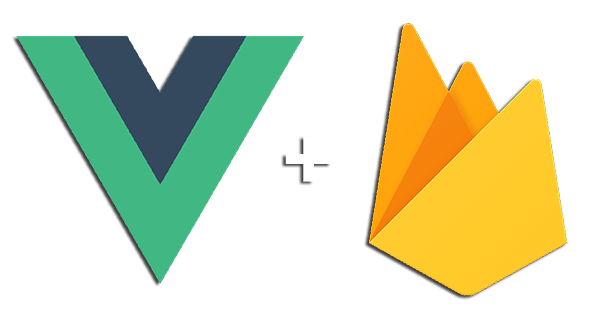 To continue with the series consisting in deploying a full application in GCP, we will focus on building and deploying the frontend with Vue, using Firebase and Cloud Run.

Building a rich and powerful web application has never been so easy and so complicated at the same time. The web expanded really fast, and with it, the need to build more and more advanced applications. Empowered by some great frameworks wishing to simplify your life as a Frontend developer, you can easily start following some tutorials and documentation, and in the meantime, being totally lost in the wide eco-system you can now face. The time when we manipulated the DOM ourselves is now gone, and we must embrace advanced architectural style whose purpose is to ease the application maintenance and evolution.

Those famous Web frameworks, you might know them already, even only by name. There are three main ones:

Despite the fact Vue was not maintained by one of the GAFAM, it is nowadays a great framework used widely, even by the GAFAM themselves. Besides, as Vue is the framework I enjoyed the most, it is the one I chose in this article to build the frontend part of the application.

Developing an application is now accessible quickly to the most, but deploying this application and making it accessible is quite another challenge. Not everyone is comfortable with server administration and deployment tasks. Hopefully, Google comes with an answer: Firebase.

Firebase is a platform developed by Google for creating mobile and web applications. It was originally an independent company founded in 2011. In 2014, Google acquired the platform and it is now their flagship offering for app development. -- Google

In other words, Firebase makes it easier for you to host your application by offering complete server management. Your app is easily scalable, which means it can support load peaks, and accessible worldwide, for almost a penny. Under the hood, Firebase uses Google Cloud Platform technology to host your application. This makes easy to have a Vue application accessible 100% of the time for free (almost but clearly, you won't pay much) communicating with another backend application hosted on GCP, like Cloud Functions or Cloud Run.

In this article, we will focus on developing a Vue application communicating with the Spring Boot application hosted on Cloud Run we developed in the previous article. We will host it using Firebase and deploy it by improving the Cloud Build pipeline we covered in the second article.

Vue team released recently the third version of Vue. We will not cover differences between Vue 2 and Vue 3, but let's use the latest versions available.

Remember the folder trees we had in the previous articles?

First, follow the official documentation to install or upgrade the vue-cli. If you already have, I recommend upgrading to the latest version (4.5.9 at the time of the article creation), as you can use Vue 3.

Considering your are located in the gcpapplication folder, run

For the rest of this part, we will only be located inside the folder gcpfirebasefront.

Let's create a file vue.config.js at the root of gcpfirebasefront:

Calling the backend server to change the display

If you take a look into the Vue application generated by vue-cli, you can see several folders. The interesting one in our use case will be src, which contains the application js files. Let's update src/App.vue to add an interaction with our server, and display the Welcome message coming from the server:

Let's focus on the changed lines:

We bind the property msg of the HelloWorld component to an attribute from our component inner data.

Here is the creation and the modification of the data part:

Just like a cook tasting every part of his meals to make sure it is delicious and has the expected taste, you must taste (😅)   your application at each step. We could have done one to test the creation using vue-cli but for the article length sake, I decided not to.

Now, let's try if our frontend is properly communicating with our backend. Open 2 terminals, and from the folder gcpapplication, run:

Open your browser and navigate to localhost:8088. You should see something like this: 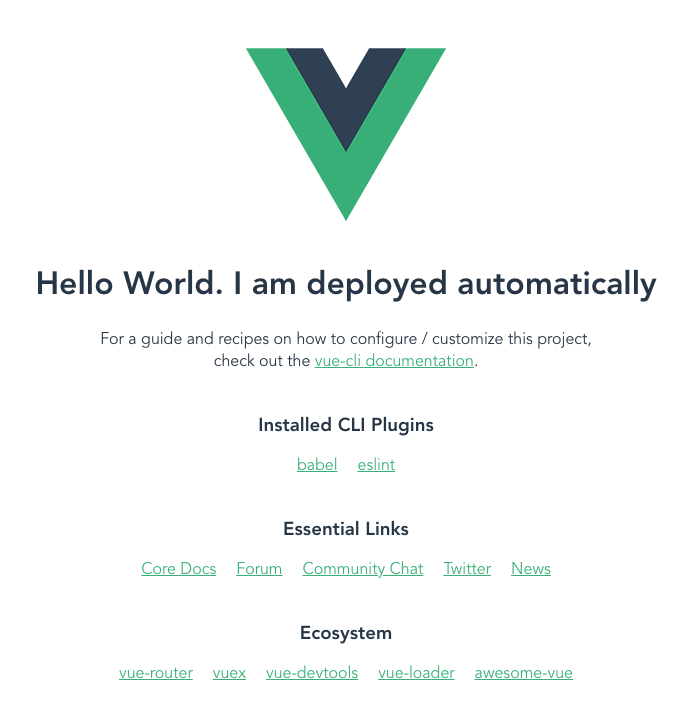 If you see something different than Hello World. I am deployed automatically, that means you may have missed a step. Read back, and come back again when it is working. Otherwise, you'll miss the best part: deploying in Firebase.

Deploying the application on Firebase Hosting

Firebase Hosting is a great solution to host static websites (like Single Page Application) where the content of the files is static (like a javascript application). With the Hosting solution, you pay depending on your website size. The more files you have, the more expensive is the bill. For this article, the Hosting solution is free given our very small project.

Connect on Firebase and add your project

Import your GCP project to Firebase

The first thing is to add your GCP project to Firebase (created in the first article). Quickly, just log in to firebase and go on this URL. From there:

Once the project is set, install the Firebase CLI locally to execute some commands. To do so, follow the official documentation.

After the installation, run this to make sure it works:

8.16.2 was at the time of the article creation. You might have a different output.

The Firebase CLI has an init command, but it does not support passing all options at once. You need to interact with the CLI, and it is really not convenient for this article. So if you feel like it, you can try running firebase init. But for the sake of the article, I'll give the file you need to create.

Create a file called firebase.json in gcpfirebasefront with the following content:

These files should be the result if you ran the command firebase init. Besides, the firebase init command generates a file .firebaserc, but we won't need it.

Since recently, Firebase has a convenient way to redirect some HTTP requests to a Managed Cloud Run service. To do so, the firebase.json file needs to configure the rewrites rule. Add a new rewrite rule like this as the first rewrites array element:

This configuration is really great to avoid CORS configuration, where most of the time, this can lead to security issues if not thought carefully. So if possible, let's avoid those problems.

Here is the final form of the firebase.json file:

Deploy the application on Firebase

Now, let's use the firebase CLI to deploy our application:

Now, you can access your application on Firebase using the Hosting URL firebase gave you after the execution of the deployment command. The webpage displayed should be the same as the local test we did earlier:

You might first see Loading... a couple of seconds before seeing Hello World. I am automatically deployed. Don't worry, it only means your Cloud Run service is booting. Once Cloud Run is up, the communication with the server is very fast and you won't even see Loading... anymore.

🎉  Congratulations !! If you made it, here is what you accomplished:

To go further with this vue application, you could:

Thibault is a GCP Professional Architect, with a passion for great code. He likes reading about code best practices and staying up-to-date concerning the latest IT subject. He is also an official Spring Core Trainer, where he gives training at Zenika on a monthly basis. Read more